Several artists in Krefeld traditionally open their studios to the public to mark the start of spring.The “A-Gang” as it is called is taking place on Sunday 31st March and Sunday 7th April  in the artists’ studios and the gatehouse of the Heeder factory.

A particular aspect of this “A-Gang”: Haus der Seidenkultur (HdS) and the former velvet weaving factory are taking part. From 11.00 to 18.00 hours the visitors can discover the workplace surroundings of the 24 artists taking part this time. In a relaxed atmosphere those interested in art can exchange views about the current works and groups.  The “A-Gang” is being supported by the Krefeld town Cultural Department. At HdS the topic is “Textile Structure meets Potter’s Clay” where the artists Beate Kratzenstein and Lisa Liesges are exhibiting their ceramics.  In addition weaving patterns which point paper designer Günter Göbels once worked on are also on display. All the works can be purchased.

April 7th is the first Sunday in the month when HdS normally offers a public guided tour. On “A-Gang” day the guided tour is being replaced with a chance to gain a first impression which should arouse interest for a full tour. “On this occasion entrance to the museum in Luisenstrasse 15 is free”, says Rosi Müller-Wurm who is responsible for the project. 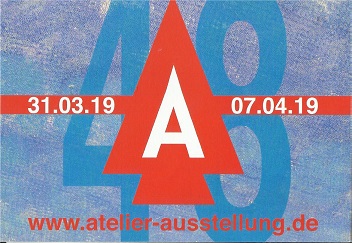