“Old display window decorations belong on the rubbish heap, that was the general opinion of the town of Krefeld. Now this unique decoration is in the museum for the time being”, that is how Jens Krepela introduced a television report for the programme “Lokalzeit”.

Author Helge Drafz visited Haus der Seidenkultur (HdS) with a television team where the report about the exhibition “Krefeld in 3D as it once was” was filmed for the WDR channel. “The visitors see a mixture of doll’s house and stage setting“, explains the presenter, awakening interest for the exhibition which can be seen in the museum in Luisenstrasse until April 26th.
In front of the camera the chairman of the museum, Hansgeorg Hauser, describes how the 14 dioramas with the impressive scenes of old Krefeld managed to escape the shredder just in time. And: “We are looking for a new owner”. Reason: The exhibits are getting old and urgently need to be restored.

For the television visit, curator Achim Wahl dusted down the figures in the „doll’s house“ and explained live in the WDR microphone how fascinating it is “to delve into the interesting stories behind the individual scenes.”

In the WDR mediathek it is possible to access the report under the title “Historische Bilder zeigen Krefelder Stadtgeschichte” (Historic scenes portray the history of Krefeld) Just click on the following link: https://www1.wdr.de/mediathek/video/sendungen/lokalzeit-duesseldorf/video-lokalzeit-aus-duesseldorf---514.html 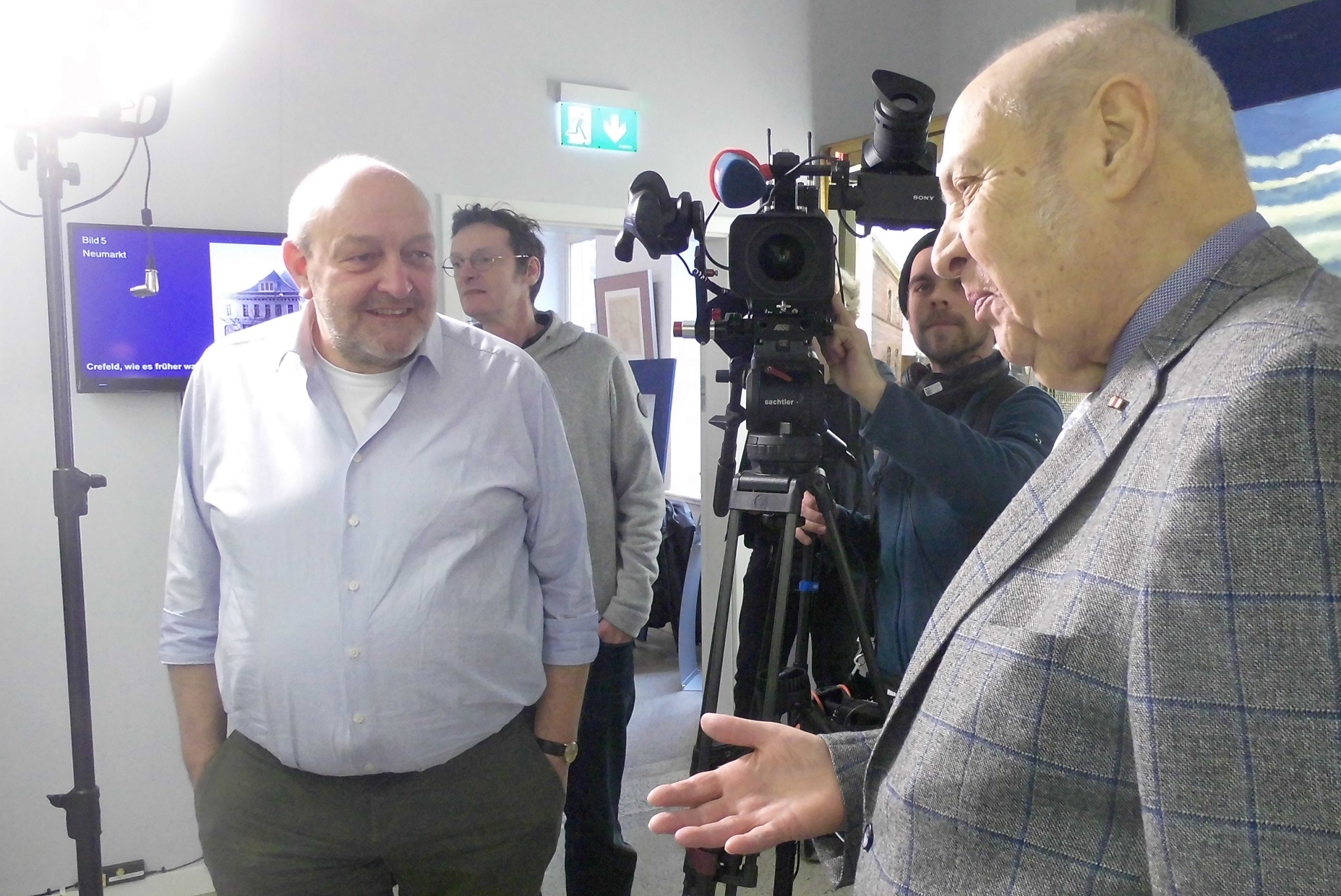 WDR author Helge Drafz (left) interviews the Chairman of the museum live in front of the camera.
HdS Photo: Brenner