The mobile cinema film “Zurück in Krefeld” (Back in Krefeld) is dedicated to the Bandoneon. This instrument which has in the meantime conquered the world was developed in Krefeld more than 150 years ago. “This unique documentation was made possible through the cooperation between the Krefeld Office of Culture and a bandoneon artist”, says Wolfgang Volker from “Covestro Foto-Film-Club”.

This contribution was awarded the silver medal in the category “Best documentation” at the Federal Film Festival in Fuldabrück by the Bundesverband Deutscher Film-Autoren (BDFA). As a result the Krefeld film has been nominated for the Deutsche Autoren Film-Festival (DAFF) (German authors Film Festival) due to take place in June. This film can also be viewed in our “mobile cinema” until Whitsun under:. 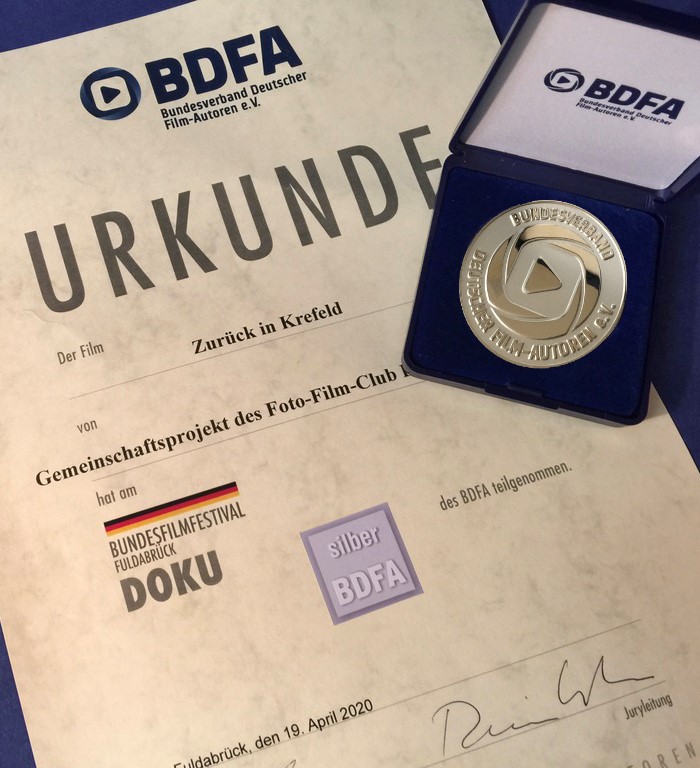