Haus der Seidenkultur is right up to the minute when it comes to things digital. Virtual museum guides, treasure hunts and the nine-Euro public transport ticket attract more and more visitors.

Wolsig 52 had never been to the centre of Krefeld before. “During our walk we discovered that there are also quite interesting spots here” according to the post which arrived at Haus der Seidenkultur (HdS). Just one of numerous feedbacks which the team at “the oldest weaving workshop for ecclesiastical textiles in Europe” as the HdS spokesperson Dieter Brenner likes to emphasize, received. For the past two years the Silk Museum has also been offering its town tour “Walk along silk routes” as a geocaching option. This digital tour of discovery has made such an impact that the two sections will be supplemented with a third section in the autumn. Together with curator Ulrike Denter, Volker Vander, himself a passionate geocacher, is currently developing this third tour which will lead around the Hüls district. 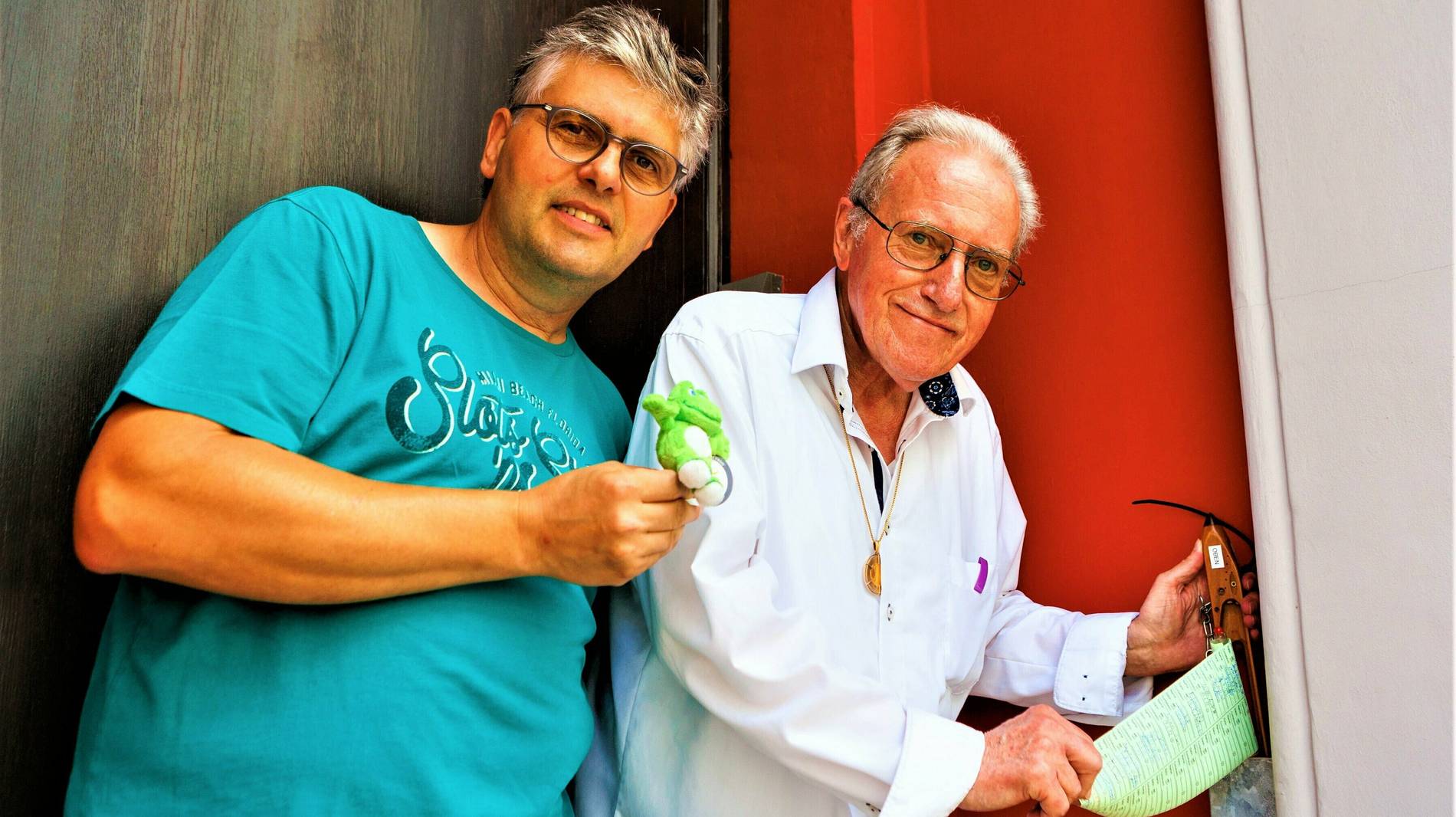 Over the past two years 365 starters have undertaken the Krefeld geocache-tour, 350 of them have followed both routes right to the end. “As most people pursue geocaching in groups, one could say that more than 1000 persons have walked in Krefeld”, says Vander who runs a market garden professionally.

Actually the idea was a make-shift solution brought about by Corona. “At the time we said, if the people are not able to come to us then we must reach them in another way”, says Brenner. And therefore the popular walking tour about the textile history of the town was converted to a digital paper-chase and was exceptionally well received. The nine-Euro public transport ticket has led to another boom. “We reach people in completely different places who have never been to Krefeld”, says Brenner. “And some then also go shopping here”.

Geocaching was introduced into the internet from the USA on May 30th 2000. “Worldwide seven million people take part in the game“, says Vander. The idea is much older: “In the 18th century there were already small boxes at summit crosses where people could leave their name to prove that they had been there,” relates Vander. Geocaching functions basically in the same way but it involves tasks and rewards. Along a secret route, the course of which one has to work out by solving riddles, one arrives at a treasure in a cache. It is hidden in a box together with the so-called logbook in which the successful geocachers sign their name. “As a bonus there is a cocoon at Haus der Seidenkultur from which one can reel silk“, says Brenner.

At each location of the silk rally the cacher finds a video. “I was very lucky to be able to use films from Haus der Seidenkultur for this“, says Vander. Naturally he doesn’t want give away what the questions cover nor which path has to be taken. Strict geocacher law. A little hint: A sentence written in red is involved.

Those who visit Haus der Seidenkultur personally in future can hope for a digital escort – an avatar explains the history and the craft and everything concerning silk from the silkworm to fine fabric. Ten tablets are now available for individual visitors who do not have the opportunity to experience a guided tour. Now they can just click on all the information in pictures, sound and text depending where their interest lies. “The tablets are also suitable for the hearing impaired”, says Brenner.

The information programme lasts for two hours and visitors can choose which information they would like. The digital upgrading at Haus der Seidenkultur was possible thanks to EU-sponsorship relating to digitalisation of former crafts.