Martha Prell was one of the first fashion designers in Krefeld. The creative lady studied at the Höhere Fachschule für Modegrafik und Mode (College for Fashion Design and Fashion), the forerunner of the Textile Engineering College, from 1940 to 1943. She was taught by Elisabeth Kadow, who made a name for herself in Krefeld as a Bauhaus graduate.
Today at the grand age of 95 years, Martha Prell is publicly exhibiting her fashion designs for the first time. This unique premiere is currently taking place at Haus der Seidenkultur (HdS). “We have dedicated a small studio exhibition to the designer in the historic tradesmens‘ corridor of our museum” says curator Dr. Ulrike Denter. She has succeeded in drawing the attention of the public to this rather modest and reserved textile artist. Now the widely travelled lady came to HdS to see the exhibition for herself.
“Even when I was a child my drawings were enthusiastically received by those around me”, Prell told our press spokesperson. She broke her leg at the age of ten and lay in hospital. “All the nurses wanted to see the drawings which I had made whilst lying in bed”, she remembers.
A great deal of persuasion was needed to convince her parents to let her embark on a career as a pattern designer as a young girl in 1940. Her father, who liked to sketch horses, did, however, give her support. Elisabeth Kadow very quickly recognised the talent of the young student who, with the backing of the well-known patron, was gladly accepted for a place at the “Lette School” in Berlin, an institution which served many young artists as a stepping stone into the fashion world.
And consequently some years later Martha Prell found herself at the fashion house “Schloss Grafenberg” near Düsseldorf. Here she designed creations for the high society of the time. “I was allowed to create fashion designs for star actresses like Elisabeth Flickenschildt and Christiane Hörbiger”, remembers Martha Prell looking back at an illustrious past which has now, in small measure, become alive again at Haus der Seidenkultur.
“We regard this small additional exhibition as the icing on the cake of what our museum offers. The aim is to provide an additional argument for visiting Haus der Seidenkultur in Luisenstrasse 15 in these times of Corona”, says curator Ulrike Denter. This exhibition can be viewed until the end of the year during the normal opening hours of the museum: Wednesday to Friday from 15.00 to 18.00 hours and Sundays from 13.00 to 17.00 hours. 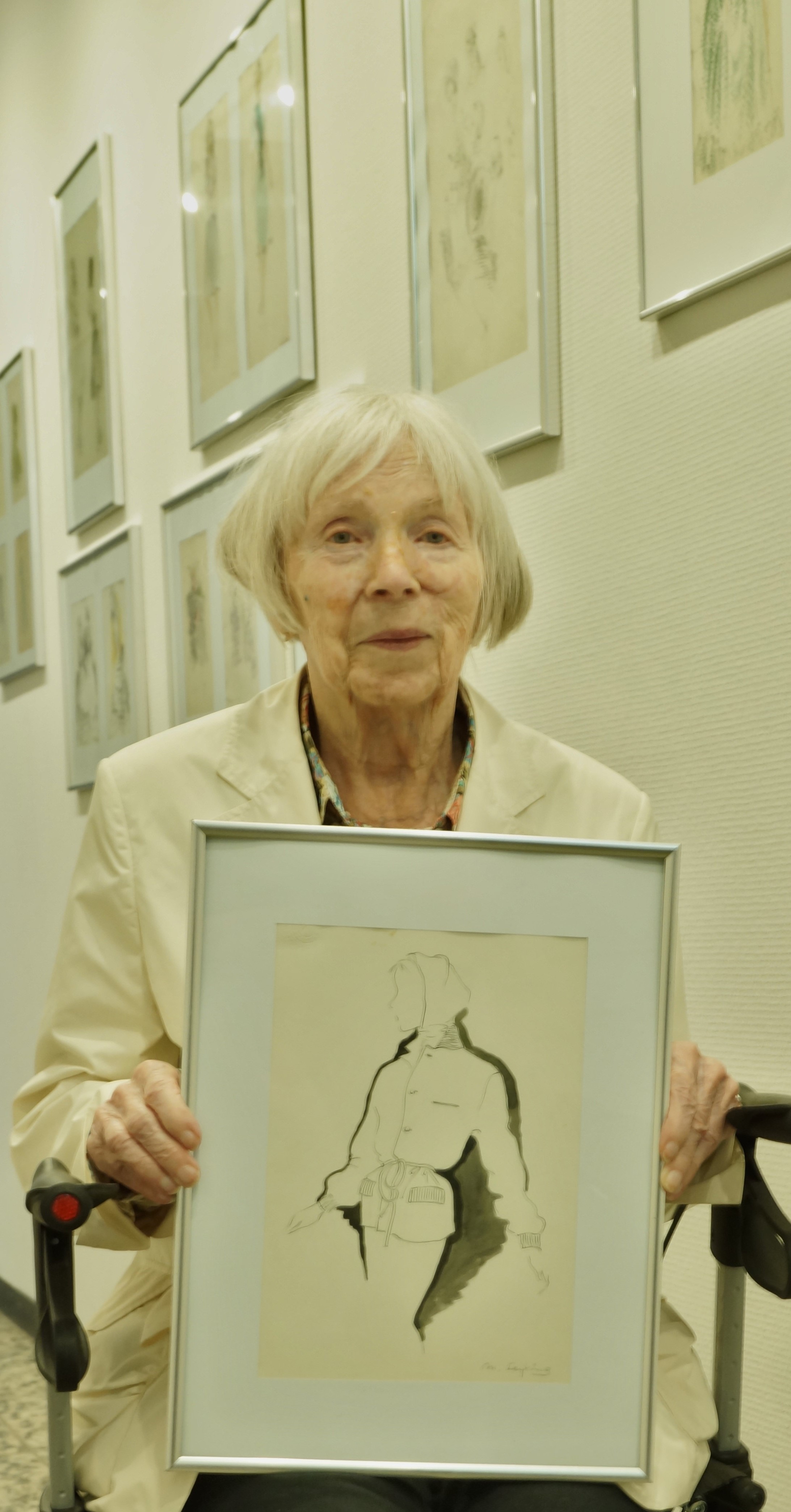 At the grand age of 95, Martha Prell presents one of the designs she created as a fashion designer. 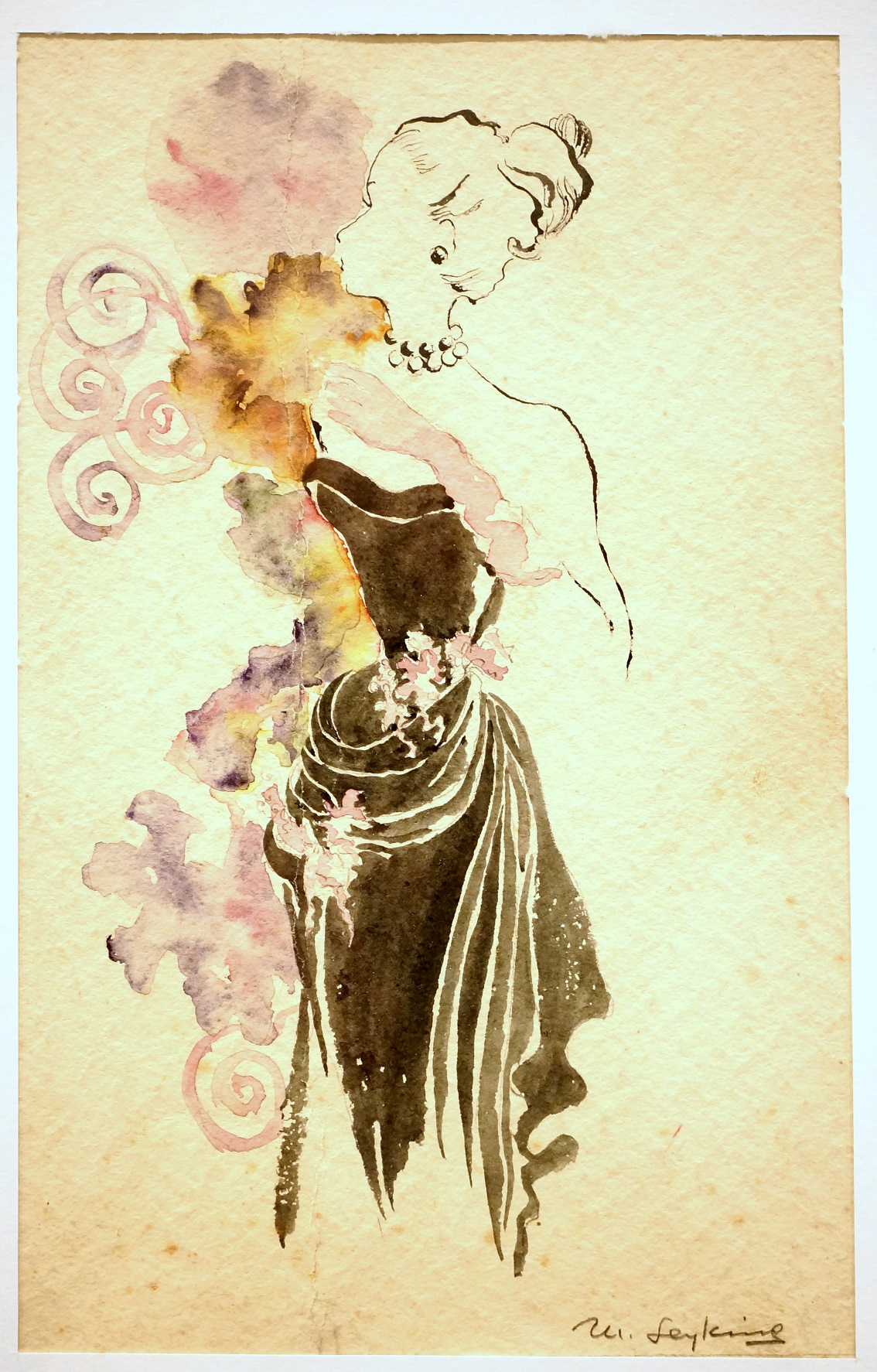 Here the design of a cocktail dress which was rather audacious for the 1940s. She has signed many of her works, as is the case here, with her maiden name Martha Leyking. 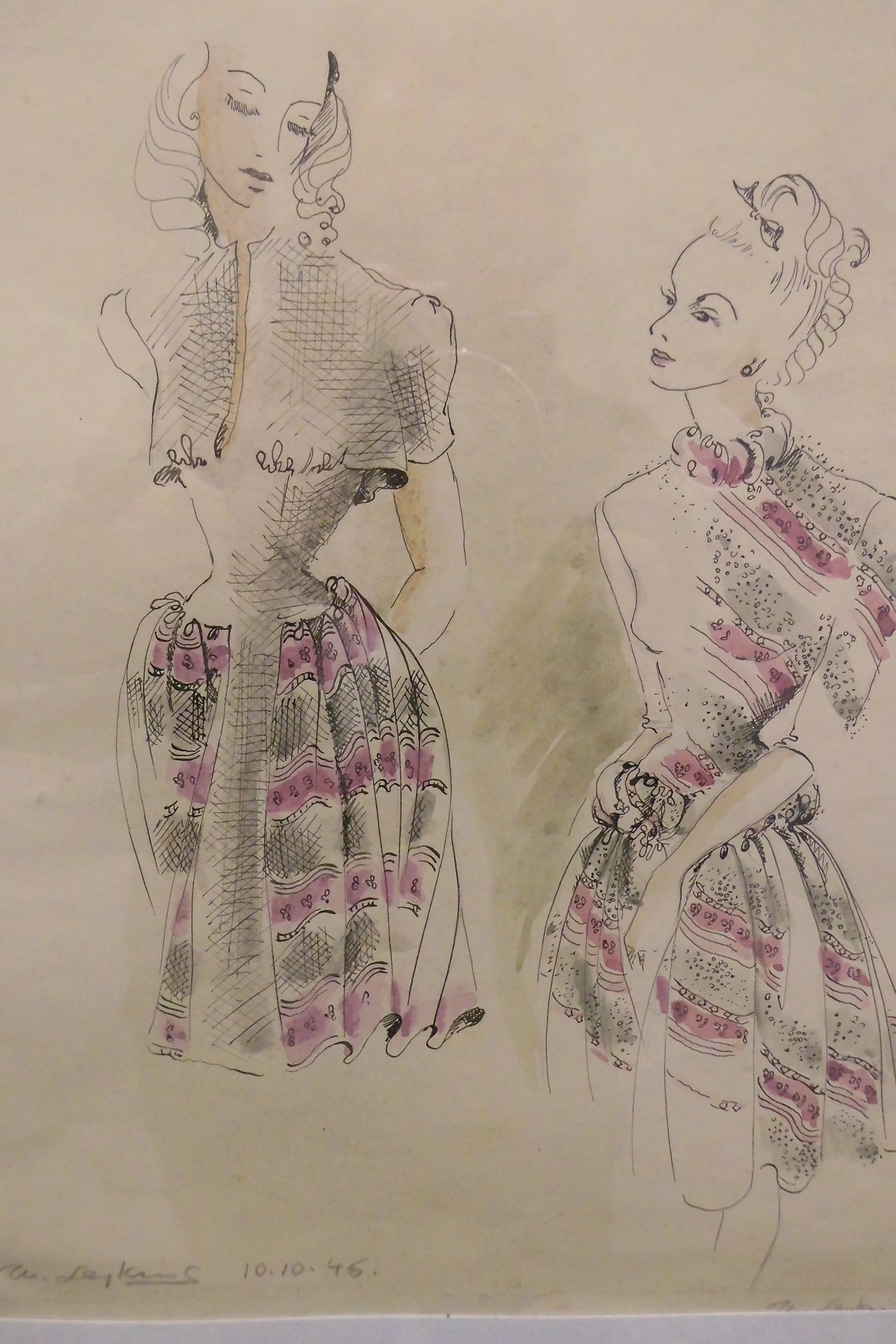 Waist-accentuated tops, colourful flared skirts with floral patterns, that is how Martha Prell imagined the fashion conscious lady in 1946.