The 4th April is not only the first day of Easter in the calendar but also the day on which many (not only) Krefeld natives remember a man who exactly 200 years ago Easter was born in the “Town like Silk and Velvet”. That man was Heinrich Band.

He was a musician, a music teacher and from the age of 21 also an instrument trader. In his shop in Krefeld he sold the entire range of conventional instruments including the German concertina, an invention from Saxony. From 1845 he developed the bandoneon which was named after him based on this harmonica instrument.

Haus der Seidenkultur (HdS) and the Covestro Foto Film Club Krefeld are now commemorating the story of this musical life with a film dedicated to Heinrich Band to be shown in the “mobile cinema”. The film can be viewed free of charge in the internet. Title: Back in Krefeld, the Rebirth of the Bandoneon.

The chairman of the club, Wolfgang Volker explains why both HdS and the Film Club embraced this topic. “Our connection with silk is that Heinrich Band’s father, a silk weaver who was also a gifted musician, opened a music shop for the weavers during an economic crisis. And Janine Krüger adds: “During the 19th century Band had developed an instrument for the ordinary people which became the epitome of the Tango Argentino”. Janine Krüger, Cultural Representative of the Town of Krefeld, has dedicated an entire book to the musician and inventor.

And HdS and the Film club have produced a 20-minute film for the “mobile cinema”, a joint project, which even during Corona times enables as many visitors as possible to access local culture. From Easter Monday the film can be accessed for a whole month under the following internet address: 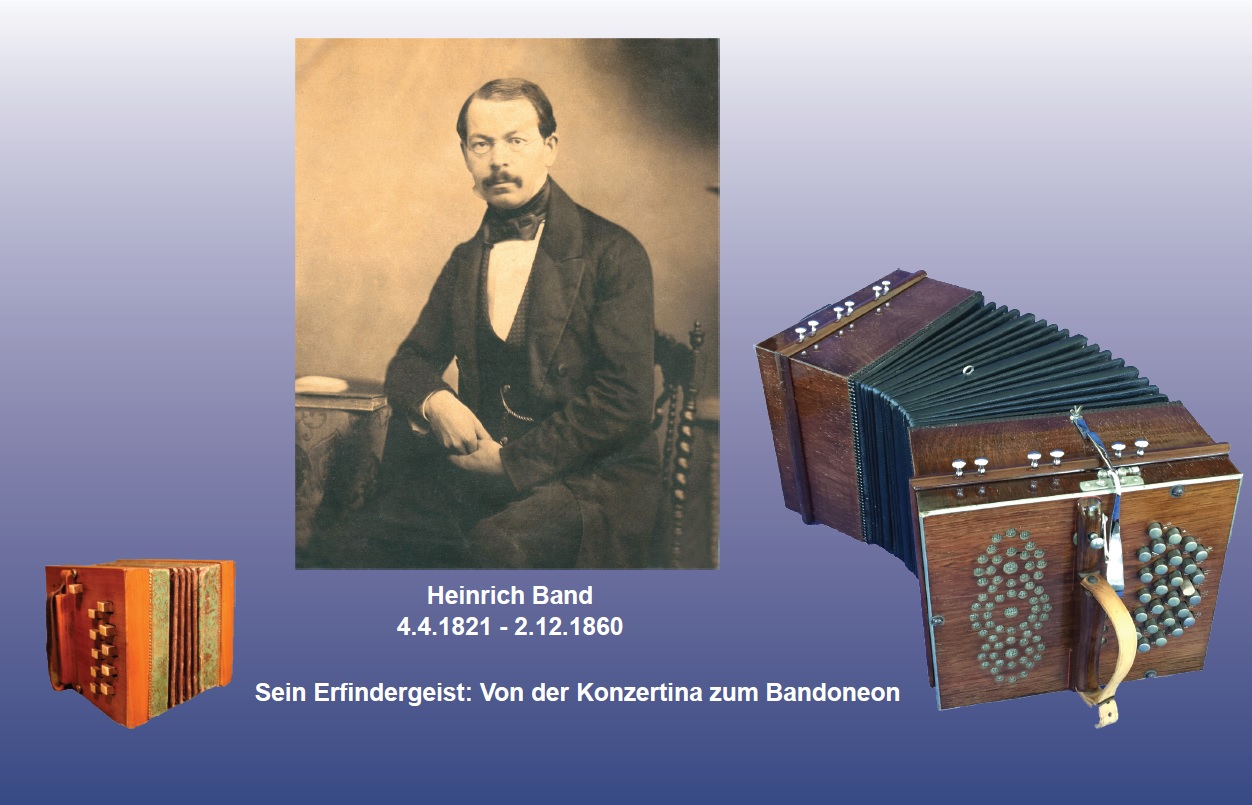