Children are at the (reeling) wheel at Haus der Seidenkultur

And who are the people in the photograph taken in 1953?

In Krefeld “doffer boys” was the name given to the children who once upon a time helped the home-weaver at work. It was their task to reel the thread for the shuttle. Those involved with the museum at Luisenstrasse 15 – Haus der Seidenkultur (HdS) - would like to know who it was working at the (reeling) wheel at the then Paramentenweberei Hubert Gotzes.

At the moment the nostalgic photograph which lay unnoticed in the archives of the Deutschen Presseagentur (dpa) (German Press Agency) is now being researched at the museum. The “Rhein-Ruhrdienst” of the agency had filed this photograph under the heading “Manual loom as in the Middle Ages”.

The text reads: “Our picture shows one of the manual weaving workshops still existing in the Lower Rhine region”. The HdS team has now established that the photograph was indeed taken at Gotzes based on significant specific features. But who are the two children working on the reeling wheel and who is the young man wearing glasses on the left?” Antje Dietz, committee member now specifically responsible for workshops for children and adolescents, is hoping for an answer to this question.

She is also responsible for the “Cultural Rucksack”. The “Cultural Rucksack” invites children aged between 10 and 14 years to participate in free workshops. The next holiday date is Wednesday, 21st July, when “Weaving with Meister Ponzelar” is the topic. Venue is the museum in Luisenstrasse 15 from 14.00 to 17.00 hours, just a few minutes on foot from the main station.

There the children can watch how precious vestments used to be woven with gold threads in the nostalgic weaving workshop. Naturally they will also have a chance to make the loom go click-clack and “throw” the shuttle. On 4th. August, also between 14.00 and 17.00 hours there is an opportunity to dye their own clothes. “If possible participants should bring a white cotton T-shirt with them and then “let’s get started!”, say the museum educationalists.

The “Cultural Rucksack” is a intercommunal co-operation project organised by the state of North Rhine Westphalia from which the town of Krefeld receives a subsidy. Therefore it is possible to offer the workshops free of charge.

The final date this summer is 18th August when the children will be following the trail of silk and velvet in Krefeld town. To register for the workshops phone 02151-9345355 or send an email to This email address is being protected from spambots. You need JavaScript enabled to view it. . 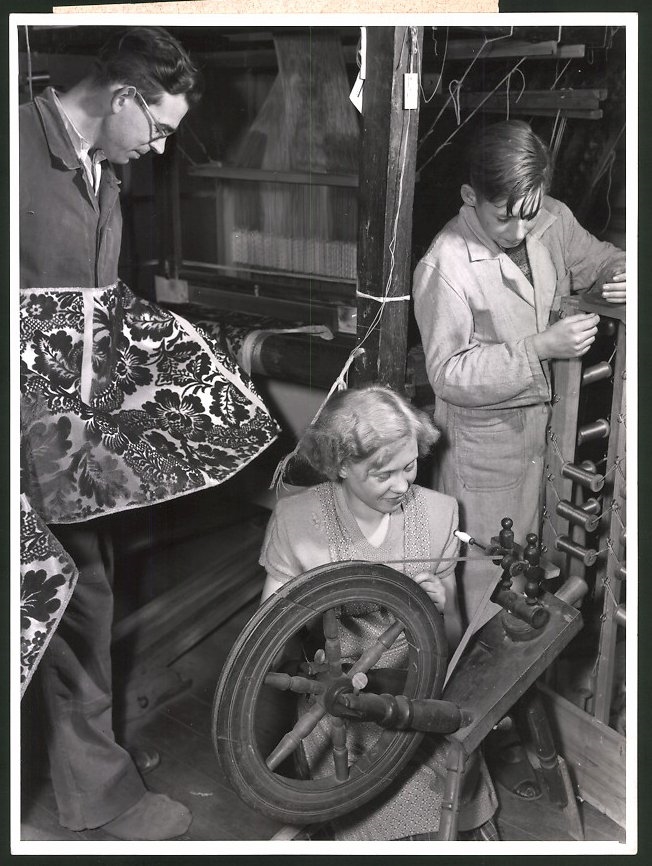