Hansgeorg Hauser (photo) is and will remain the Chairman of the museum Haus der Seidenkultur (HdS). Once again he was unanimously elected Chairman of the HdS Association of Friends of the (erstwhile) Paramentenweberei Hubert Gotzes at the annual meeting. “I will continue” says the 83-year-old. “It is rewarding cause and then age is of secondary importance.”

Looking back over the past two years, these were characterised by a great deal of activity. Even Corona could not change anything in that respect. ”We didn’t regard this phase as a standstill but rather as a creative phase“, was the opinion expressed in the ranks of the museum’s active volunteers.

For example the exhibition opening events were transmitted live in the Internet. The museum also increasingly uses platforms such as Instagram and Facebook as a multiplicator. “The viewing ratings indicate that we are on the right track into a digital future”, says HdS spokesperson Dieter Brenner. And: “At times when people cannot come to us we look for different formats to present our cultural options to potential visitors.”

Ilka Neumann and Antje Ditz were confirmed in their positions on the Committee. Heribert Haus was elected as the third annual accounts auditor. He will support the present auditor team, Rosi Müller-Wurm and Klaus Drenk. Topic Finances: The museum is hoping for many visitors and donors in future in order to compensate for the lost income due to Corona.

There is an ideal opportunity to visit the museum on this coming Sunday, 7th November. There will be a public guided tour at 14.00 hours in the museum in Luisenstrasse 15. A figure embroiderer will also be present and she will demonstrate live and in colour how priests’ vestments were once decorated with golden braid in the weaving workshop for ecclesiastical textiles. 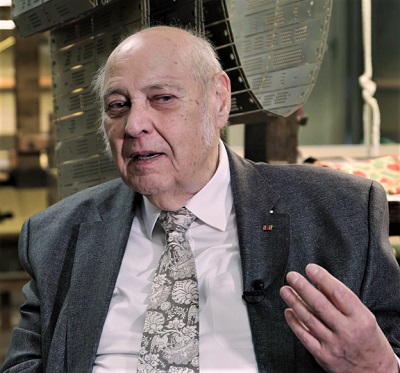