“Weaving, that makes SENSE” is the motto this coming weekend (September 24th/25th) in the department store of the same name, where the Haus der Seidenkultur (HdS) is present with a booth. "We clearly show the route from the silkworm to the silk thread, a patron explains the preliminary stages of weaving and a 'spool boy' invites young people to weave," says HdS spokesman Dieter Brenner.

"The appearance is our contribution to the new Krefeld Event Emotion," says the museum, which is present with its actors on Saturday from 11 a.m. to 6 p.m. and on Sunday from 1 p.m. to 6 p.m. in the department store on Hochstraße 89-97 is.

“Experience Krefeld's textile culture at its best” is already being advertised by an HdS poster for the eventful weekend in the city of Krefeld. 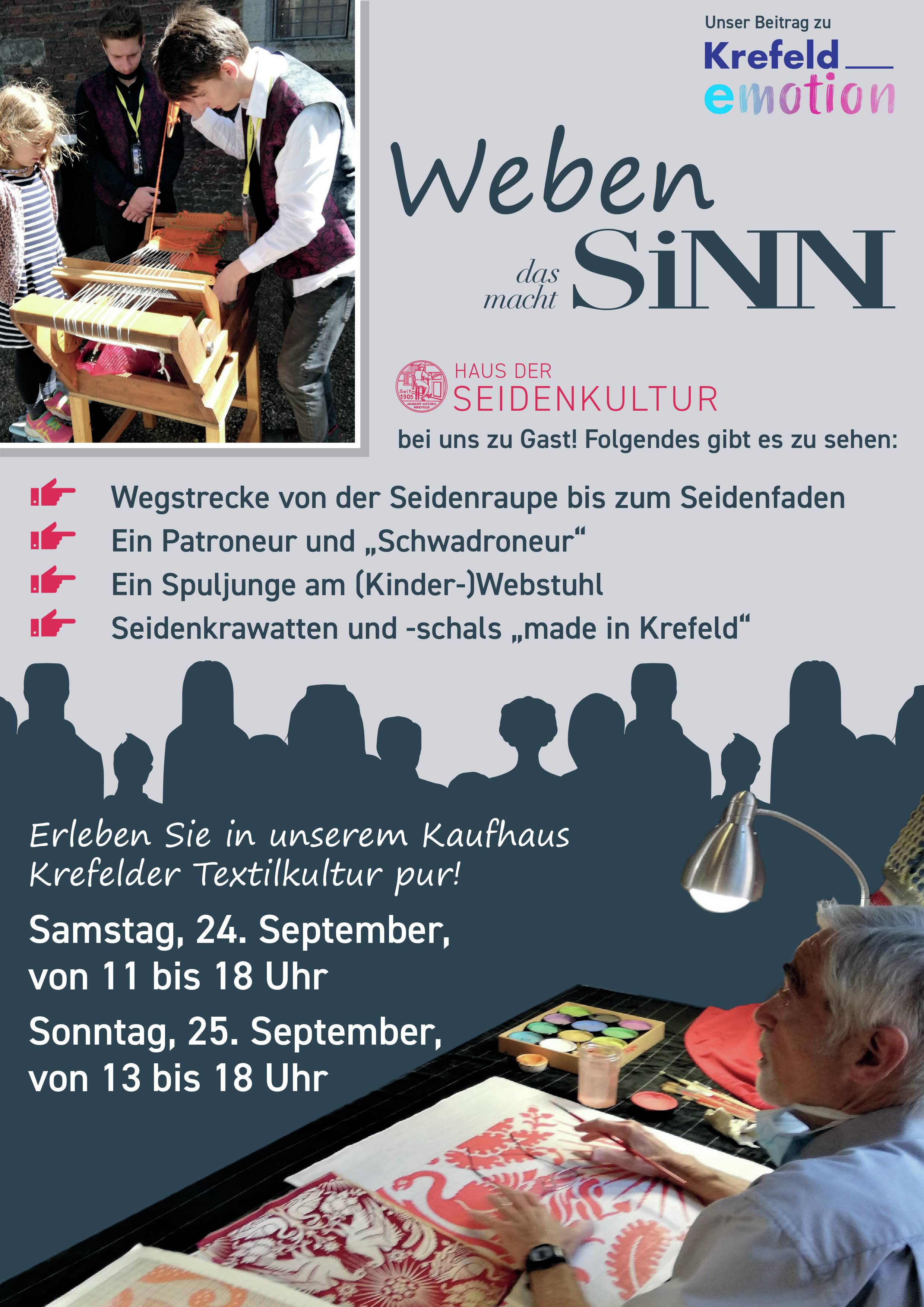